The South Valdai Ecological Observatory «Okovsky Forest» was established in 2017 at the Central Forest State Biosphere Reserve (Tver Oblast) to study the structural and functional organization of southern taiga ecosystems. The Observatory's establishment was preceded by long-term studies conducted by staff of the V.N. Sukachev Laboratory of Biogeocenology under the supervision of Professors N.N. Vygodskaya and Yu.G. Puzachenko. Observations of energy and gas exchange of CO2 in forest and wetland ecosystems started in 1998 using data from automatic ecological and climate stations. Multi-year comprehensive research is conducted on the research on the special structure and organization of southern taiga landscapes using remote satellite information and regular field measurements. The Observatory's infrastructure provides opportunities for organizing long-term, year-round observations and for conducting interdisciplinary scientific research. 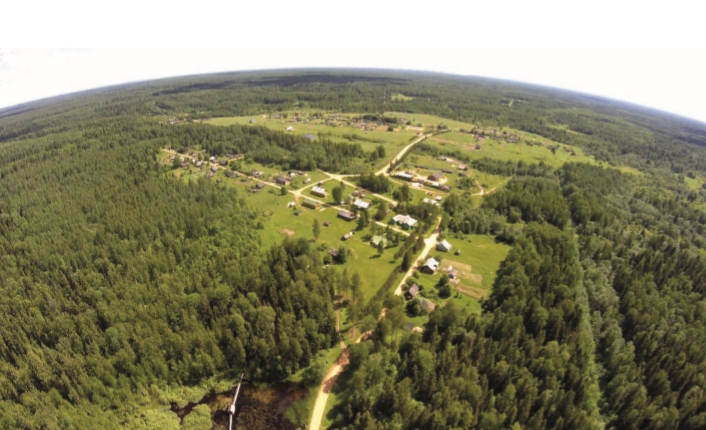 The South Valdai Ecological Observatory “Okovsky Les” was created as a field and experimental base of the Institute to study the structural and functional organization of southern taiga biogeocenoses in 2017 on the territory of the Central Forest State Natural Biosphere Reserve (Tver Region, Nelidovsky District; a description of the natural conditions of the Reserve is presented on the website: http://clgz.ru). The creation of the observatory as one of the biological stations of the Institute was preceded by long-term studies of the energy and mass exchange of forest and bog biogeocenoses with the atmosphere on the basis of ecological-climatic stations (ECS), carrying out observations based on the method of turbulent pulsations. The first observations on the European territory of the Russian Federation on the basis of the EKS were started by the staff of the V.N. Sukachev laboratory of biocenosis on the initiative of prof. Vygodskaya N.N. within the framework of the international project EuroSiberian Carbonflux (supervised by D. Schulze, Max Planck Institute of Biogeochemistry, Germany) in the summer of 1998 in the sphagnum-bilberry spruce forest and on the raised bog Staroselsky moss. In 1999 the research program was expanded by observations in the nemoral spruce forest. In 2000, in connection with the end of an international project, the measuring complex was dismantled. In 2015, with the support of grants from Russian scientific foundations, pulsation observations in the Staroselsky moss bog were resumed, and the instrumentation base at the forest ECS was updated. In April 2016, pulsation observations were organized in clear-cut areas. At present, stationary year-round observations on the basis of the EKS are maintained in three undisturbed ecosystems of the Reserve: on the raised bog massif and in sphagnum-bilberry spruce and nemoral spruce forests. Pulsation observations are supplemented by periodic observations of soil respiration based on chamber methods.

Long-term experimental observations made it possible to obtain cumulative estimates (for different periods - from 0.5 hour - to a year) of CO2, heat and moisture fluxes, as well as the temperature and humidity regime of the soil and atmosphere, solar radiation fluxes, long-wave radiation fluxes, atmospheric pressure, direction and velocity of wind and other meteorological characteristics for typical southern taiga ecosystems of the European part of the Russian Federation. Estimates of net ecosystem production (NEP) revealed a high sensitivity of the NEP of oligotrophic waterlogging ecosystems to seasonal and interannual variability of temperature and humidity.

Stationary observations of energy and greenhouse gas flows on the territory of the Central Forest Reserve can serve as a basis for the further development of comprehensive environmental studies in the boreal forest zone on the European territory of the Russian Federation.

Lloyd J., 2002: Ecosystem-atmosphere exchange of energy and mass in a European Russia and a central Siberia bog. 11. Internseasonal and interannual variability of CO2 fluxes // Tellus, 54B (5), 514-530