Head of the station: V.V. Rozhnov, academician of the RAS
Head-manager G.V. Tarasov 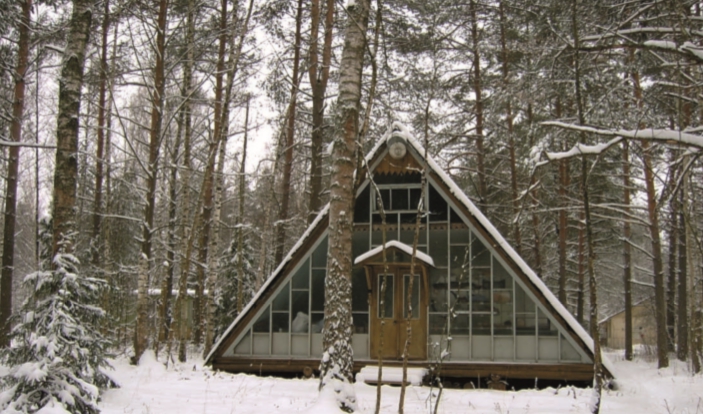 One if the main buildings of the SEB Chernogolovka

Experimental testing ground for studying the social behavior of voles

Red vole - one of the objects of social behavior research

Complex for studying behavior and reproductive biology of Russian desman

The scientific and experimental base "Chernogolovka" is located in the Noginsky district of the Moscow region (60 km north-east of Moscow), on the territory of the Chernogolovsky Scientific Center of the Russian Academy of Sciences, 4 km from the city of Chernogolovka, in a forest, on two sites with a total area of 40 hectares. The base was organized in 1975 (order of the Presidium of the USSR Academy of Sciences No. 125000-1018 dated June 25, 1975) on the initiative of Academician V.E. Sokolov for a comparative study of the behavior and chemical communication of wild mammals under conditions as close as possible to natural ones. The staff of the laboratory of behavior and behavioral ecology of mammals, headed by the scientific director of the base, doctor of biological sciences V.E. Rozhnov, work at the base constantly. Experimental studies of the communicative and social behavior of terrestrial mammals and the biology of reproduction are carried out throughout the entire year; methods and technologies for keeping and breeding rare mammals are being developed.

For different species of mammals, special complexes of aviaries and polygons have been built, most of them unique:

- a chiropterological habitat (a large enclosed enclosure, the so-called wintering "cave" and a complex of auxiliary buildings);

- complex of aviary and pools for desmans;

- acoustic laboratory for research of acoustic communication (recording devices - professional digital two-channel audio tape recorder Tascam Teac Professional Division DA-P1 with a range of recording frequencies from 20 Hz to 20 kHz, a Sennheiser K6 condenser microphone with a frequency range from 20 Hz to 20 kHz, an equalized characteristic of 500 Hz -20 kHz and 1 kHz sensitivity 0 dB, Sennheiser 416P 48U narrow-beam microphone with a frequency range from 40 Hz to 20 kHz and a capture angle at a sensitivity at 1 kHz of 0 dB 450; a computer equipped with a professional DMX 6fire sound card for processing and storage of a audio library - a collection of mammalian voices of more than 100 species, subspecies and populations; licensed program for recording and analyzing sound signals Saslab Pro version 4.2),

The existing scientific and technical equipment of the base allows for a much wider range of scientific research than the study of only the social and communicative behavior of mammals. Together with specialists from other departments of the Institute, as well as colleagues from other research institutions in Russia and other countries, research is being carried out on taxonomy, hybridization, ecological physiology, endocrinology, and morphology of the outer cover layers of terrestrial mammals.

The use of a unique living collection of mammals, modern scientific equipment by specialists from many scientific institutions made it possible to create a Center for Shared Use - "Center for Ecological and Ethological Research" Chernogolovka "(on the experimental base of the Severtsov IEE RAS)".

A new base department was created at the scientific and experimental base "Chernogolovka" IEE RAS in 2006, - a branch of the Department of Zoology of the Russian State Agrarian University - Moscow Timiryazev Agricultural Academy (through a bilateral agreement).

The base has a complex of premises for accommodation of personnel, invited specialists and students, equipment and materials - 14 buildings with a total area of more than 2000 m2. To ensure the maintenance of animals, there are warehouses, refrigeration equipment, equipment for processing and preparation of feed, production workshops. The operation of the base is provided by the manager and production personnel.