Helminthological laboratory of the Center for Parasitology

HISTORY OF THE DEPARTMENT

The beginning of the study of plant parasites, in particular, phytonematodes in the Helminthological Laboratory of the USSR Academy of Sciences (Helminthological laboratory of the USSR Academy of Sciences (HELAN USSR), now the Center for Parasitology of the IEE RAS) should be considered April 1952, associated with the arrival of Professor A.A. Paramonova. Academician K.I. Skryabin, in the Laboratory headed by him, suggested A.A. Paramonov to deal with the problems of parasitism of roundworms on plants. By this time, the world scientific community had accumulated a lot of data on nematodes found on plants, but both the theoretical and applied significance of these facts had not yet been sufficiently analyzed. There were only prerequisites for the development of phytonematology as a science. This led to the need to begin large-scale faunistic studies of nematodes of agricultural and wild plants in various soil and climatic regions of the European and Asian parts of the former Soviet Union. To carry out this work, A.A. Paramonov attracted trainees and graduate students from all republics of the country.

In parallel with the study of the fauna and taxonomy of phytonematodes, studies of their ecology, biology of reproduction and nutrition, morphology and ontogenesis, the relationship with other members of the biocenosis (fungi, bacteria), the specificity of the diseases caused by them in host plants, the main goal of which was to find ways of plant therapy in phytohelminthiasis. The materials obtained as a result of these studies by the first phytonematologists and graduate students of GELAN from various regions of the country (Turlygina E.S., Myuge S.A., Krylov P.S., Baranovskaya I.A., Sudakova I.M., Damanskaya L. Yu.I.A., Pokrovskaya T.V. Eliavoy I.Ya., Shlepetene Yu.A., Balbaeva Z., Skuodite Z., Solovieva G.I., Eroshenko A.S. and others), served as the foundation for the development by A.A. Paramonov of the concept of phytohelminthology as an independent scientific discipline, which has unique objects of research, methodology, tasks and development paths. All this was reflected in the three-volume monograph by A.A. Paramonov "Fundamentals of phytohelminthology" (1962, 1964, 1970), which sets out the basic concepts of the new science, which have to this day not lost their significance. These are: ecological classification of soil nematodes based on the forms of their relationship with plants; classification of life cycles of phytohelminths, taking into account the degree of connection between various stages of their development, both with the plant and with the soil; mycotrophic hypothesis of the origin of phytoparasitism of tylenchids, based on the most ancient connections of nematodes with fungi; the idea of phytohelminthiases as biocenotic processes, in which, in addition to their pathogens (phytohelminths), saprobiotic nematodes, fungi, bacteria are also involved; the provision on the protective properties of plants from nematodes and their therapy for phytohelminthiasis and a number of others. The monograph was translated into English and was fundamental for the development of phytohelminthology not only in our country, but throughout the world.

study of the relationship of phytoparasitic nematodes with host plants. The leading specialists in the first direction of research during this period were I.A. Baranovskaya, V.G. Gagarin, V.G. Gubina, L.V. Pavlyuk, T.M. Pokrovskaya, N.I. Sumenkova, L.V. Shubin. Methodologically, these works can be assessed as "experimental faunistics", since most of them were carried out in field experiments using various methods of statistical analysis. All these works are reflected in a number of monographs (three monographs in the series "Nematodes of Plants and Soils" dedicated to Neotilenchoids (Sumenkova, 1975), Afelenchoidids and Seinurids (Baranovskaya, 1981), the genus Ditylenhus (a group of authors, 1982)), as well as monographs on coniferous nematodes (Gubina, 1980) and on melodyynosis and control of root gall nematodes (Pokrovskaya, 1988). Many of these works have been translated into English and published abroad. The second direction, carried out by E.S. Turlygina, her dissertation candidate S.V. Zinovieva and N.A. Kostyuk envisaged mainly experimental studies of the ontogenesis of nematodes, the biology of their reproduction, and criteria for plant resistance to phytohelminths. The results of these works were reflected in N.A. Kostyuk’s dissertation, in which the problems of embryonic and postembryonic development of a wide range of phytonematode taxa are highlighted for the first time; in the monograph by E.S. Turlygina and V.N. Chizhov, 1991, devoted to the generalization of long-term studies of morphology, biology of reproduction and evolution of the reproductive system of plant nematodes, as well as in the works of S.V. Zinovyeva, who were aimed at developing at that time a completely new direction of phytohelminthology - plant immunity to phytohelminths. On the basis of these data, a hypothesis was developed for the formation of plant immunity to parasitic nematodes associated with the evolution of parasitism in phytonematodes. In the last 20 years, traditional taxonomic and ecological studies of phytonematodes, due to the introduction of biochemical and molecular methods, have reached the sub-species (population) and subpopulation levels. Such a direction of research as forest nematology (Doctor of Biological Sciences OA Kulinich) was developed. Faunistic studies of phytonematodes of various resource plant species have been resumed (Ph.D. V.N. Chizhov).

The study of the relationship between various phytoparasitic organisms that make up a single pathocomplex in the phytocenosis resulted in a separate direction - the cenology of phytoparasites (Ph.D. N.D. Romanenko). From 1989 to 1995 the head of the laboratory was a student of A.A. Paramonov, Doctor of Biological Sciences N. D. Romanenko, invited from the Institute of Horticulture of the Non-Black Earth Belt of the RSFSR, and since 1995, the director of the institute, corr. RAS M.D. Sonin. After M.D. Sonina retired, in 2001 phytoparasitological research at the institute was headed by a student E.S. Turlygina, Doctor of Biological Sciences S.V. Zinoviev. During these years, such research areas as the development of predictive models of the dynamics of the number, harmfulness and economic damage caused by populations of phytoparasitic nematodes (Doctor of Biological Sciences, K.A. Perevertin); creation of computer databases on phytonematodes were registered in the collection of the Laboratory. For the storage and convenient use of the accumulated information on phytonematodes, the following were created: an atlas - reference manuals on phytonematode taxonomy, which currently include data on 7 thousand species of soil-inhabiting and phytoparasitic nematodes belonging to 682 genera; a collection of permanent preparations of phytonematodes, which contains 3.5 thousand registered slides, including more than 10 thousand individuals identified to the species level (500 species, 144 of which are represented by type specimens) or to taxa of a higher rank (genus, family). The collection of preparations was registered in 1995 as the National

Collection, accepting standard specimens for storage. At present, the laboratory is headed by a phytopathologist - Ph.D. Pridannikov M.V. The faunistic direction continues to be developed by Ph.D. Tabolin S.B. and Khusainov R.V. Much attention is paid to the molecular taxonomy and phylogeny of phytoparasitic nematodes, several monographs and chapters of monographs have been published (Candidate of Biological Sciences S.A. Subbotin). Biochemical and molecular research in the field of plant immunity to nematodes is carried out by Ph.D. Zinovieva S.V. and Ph.D. Udalova Zh.V. Research is underway on the biology and ecology of quarantine nematode species (Dr. O. A. Kulinich, Dr. N. Kozyreva, Ph.D.). The collection of nematodes of the laboratory is supported by Ph.D. N. N. Butorina and Gennadieva T.M. The international relations of the laboratory were quite wide throughout its history. The laboratory staff had close contacts with specialists from Germany, Hungary, worked in Cuba, hosted graduate students and interns from Bulgaria, Czechoslovakia, Hungary, India, Vietnam, Cuba, Jordan, Sierra Leone, from all the republics of the former Soviet Union. In recent years, these ties have begun to expand and strengthen mainly due to international grants with the UK, Belgium, Germany, China.

Replenishment and maintenance of the collection of nematodes, its inventory, making entries in the database (Ph.D. Butorina N.N., Gennadieva T.M.) 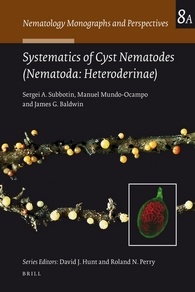 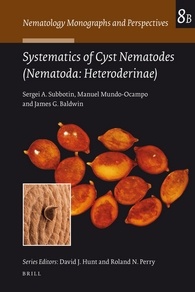 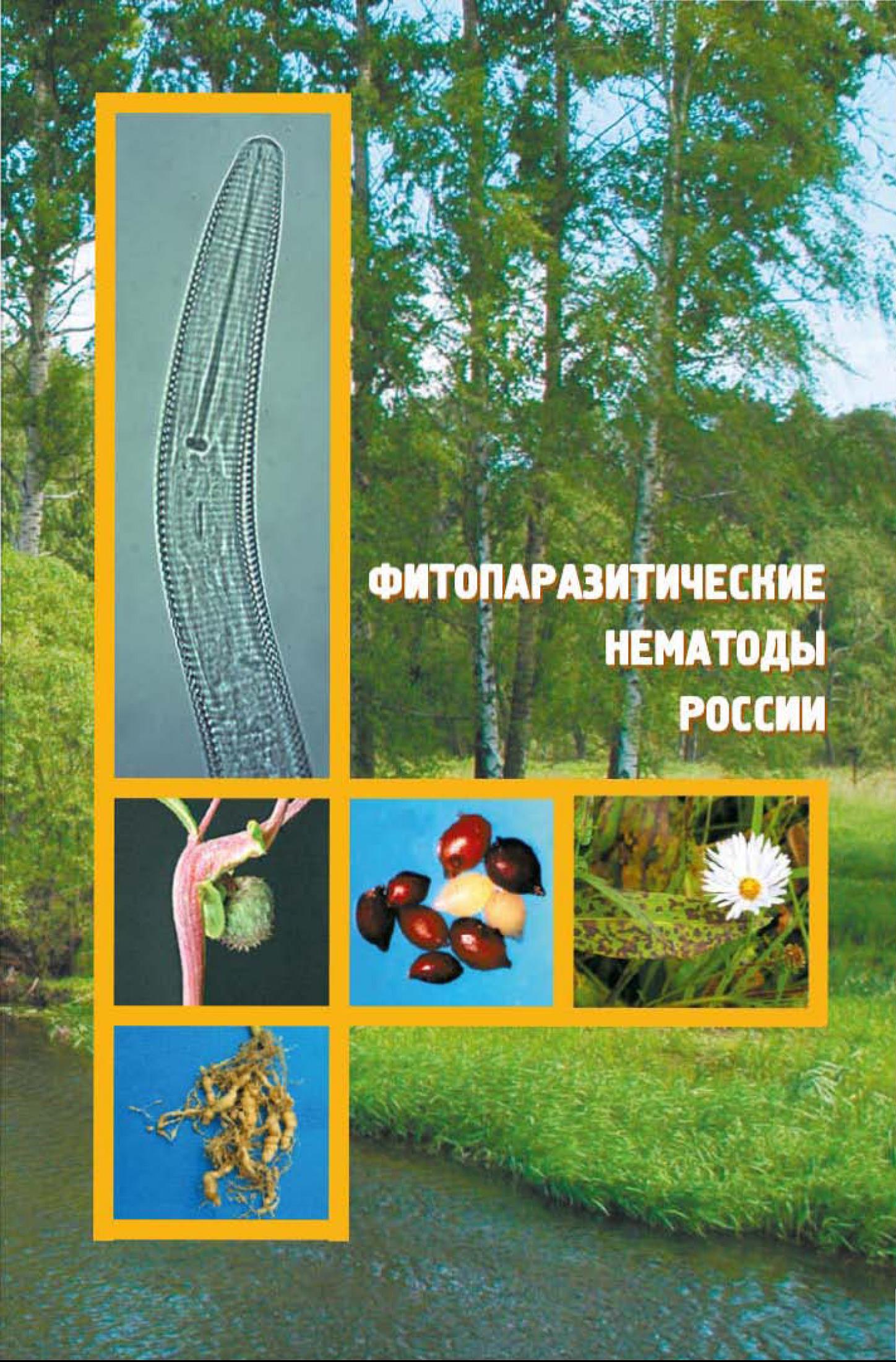 Staff of the laboratory