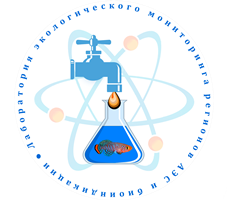 Chernobyl accident which took place in the April 1986 is the largest nuclear accident of our days. It affected millions of people living not only in Russia, Ukraine and Byelorussia, but in Europe also. It will be enough to say that only in Russian Federation the area of contamination reached almost 60 thousand km2 and 3 million people lived on these territories. In June, 1986 the research of 30-km zone of Chernobyl accident started. Russian Academy of Sciences was charged by the Government to carry out the research. Later the course of the investigation was transformed into the independent Complex program “Influence of radioecological contamination on flora and fauna” during 1986–1990. The scientific leader of this program became academician-secretary of General Biology Department of RAS director of Institute of evolution morphology of animals RAS academician V.E. Sokolov. The head of the Expedition was I.N. Ryabov. In May 1987 according to the order of Presidium of RAS on the base of Chernobyl Expedition Complex Radioecological Expedition RAS was formed. It still continues radioecological and genetic research in Russia. Different collaborative groups from 28 institutes worked in the Complex Radioecological expedition during these years. Apart from receiving scientific data it was necessary to organize scientific exchange. In different years more than 300 scientific collaborators in various fields worked in the expedition.