academician of the RAS

The Joint Russian-Armenian Scientific Experimental Centre of Zoology and Parasitology of the A.N. Severtsov Institute of Ecology and Evolution of the RAS and Institute of Zoology of the Zoology and Hydroecology Scientific Centre of the NAS RA has been created by the decision of Presidium NAS RA at August 30, 1995 and the order of Presidium PAS at November 5, 1996 in Nor Artamet settlement of Nairi region of Armenia (25 km from Yerevan) to improve a mutually profitable scientific cooperation between academic institutes of Armenia and Russia. The territory of the Joint Centre has area of about 15 ha. It contains 7 single store buildings (a laboratory, a vivarium, a hostel) and a greenhouse. The studies include works on parasitology, zoology and ecology. There are also experiments on studies of role of neuromediators in formation of parasite-host relationships. Results of the joint studies are published in more than 100 works including 3 monographs. 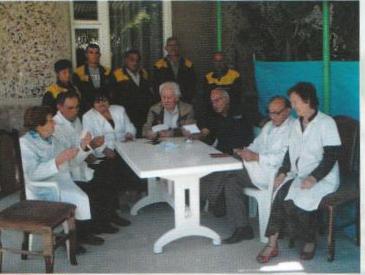