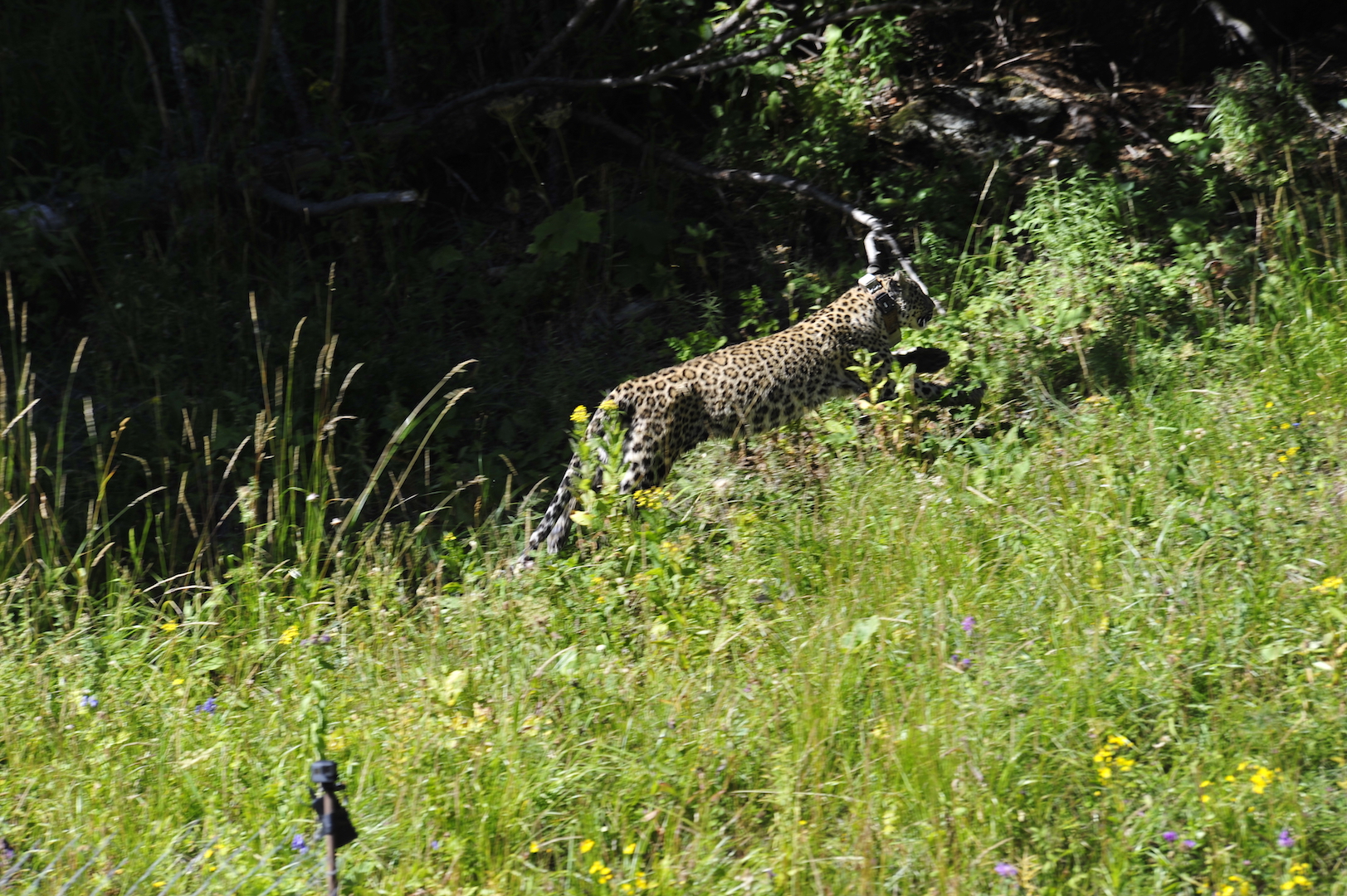 Leopards released in August are slowly settling into the nature of the Caucasus. So far, their collars have sent quite a lot of signals via satellite, some of which have already been checked on site by the field monitoring teams.

During the first days, all released animals moved near the places of release, since they were not used to the fact that their movement was not limited by the boundaries of the enclosure. Both in the Caucasian reserve (Krasnodar region / Adygea) and in the Turmon reserve (North Ossetia), the males, first of all, chose the direction up the slope and climbed the nearest mountain. This is what Kodor did in the Caucasus Nature Reserve - he climbed up to 2500 msl, while Baksan in North Ossetia traveled from the place of release up to 1400 msl. Females prefer the path with less resistance, they went lower or kept to the same heights where they were released. Laba preferred altitudes of 2000-2400 msl in the Caucasian reserve, Agura - 600-800 msl in Ossetia.

To date, all leopards keep to the specially protected natural areas where they were released. During the period after the release of all the animals, Baksan alone once left the Turmon reserve, but moved no further than 1.5 km, after which he returned.

In the Caucasian nature reserve Laba has already covered about 56 km, the Kodor - about 50 km. At the same time, the paths of the released leopards never crossed, because they initially chose different directions. Now there are about 4 km between them. Neither went far from the place of release - in a straight line, this distance is no more than 6 km.

In the Caucasian nature reserve, Laba conducted two successful hunts, both times catching a chamois. Kodor hunted once in the habitual spots of many aurochs and red deer. It is likely that one of these ungulates could have become his quarry. After the release, Agura hunted twice: a raccoon dog and probably a jackal became her prey. During the time of tracking him, Baksan also established two hunting spots, the scientists checking one of them, making sure that he had caught two jackals.

Releasing into the wild Central Asian leopards raised at the Leopard Restoration Center in the Caucasus is the first step towards creating a new population: there should be at least 50 leopards in the North Caucasus. All animals are specially tested, they know how to hunt wild ungulates and avoid encounters with humans.

The program for the restoration of the Central Asian leopard in the Caucasus is being implemented by the Ministry of Natural Resources of Russia with the participation of the Sochi National Park, the Caucasian Nature Reserve, the World Wildlife Fund (WWF Russia), the Institute of Ecology and Evolution. A. N. Severtsov of the Russian Academy of Sciences (IPEE RAS), the Moscow Zoo, with the assistance of the International Union for Conservation of Nature and Natural Resources (IUCN) and the European Association of Zoos and Aquaria (EAZA). In North Ossetia, RusHydro provides financial support for the population recovery program.