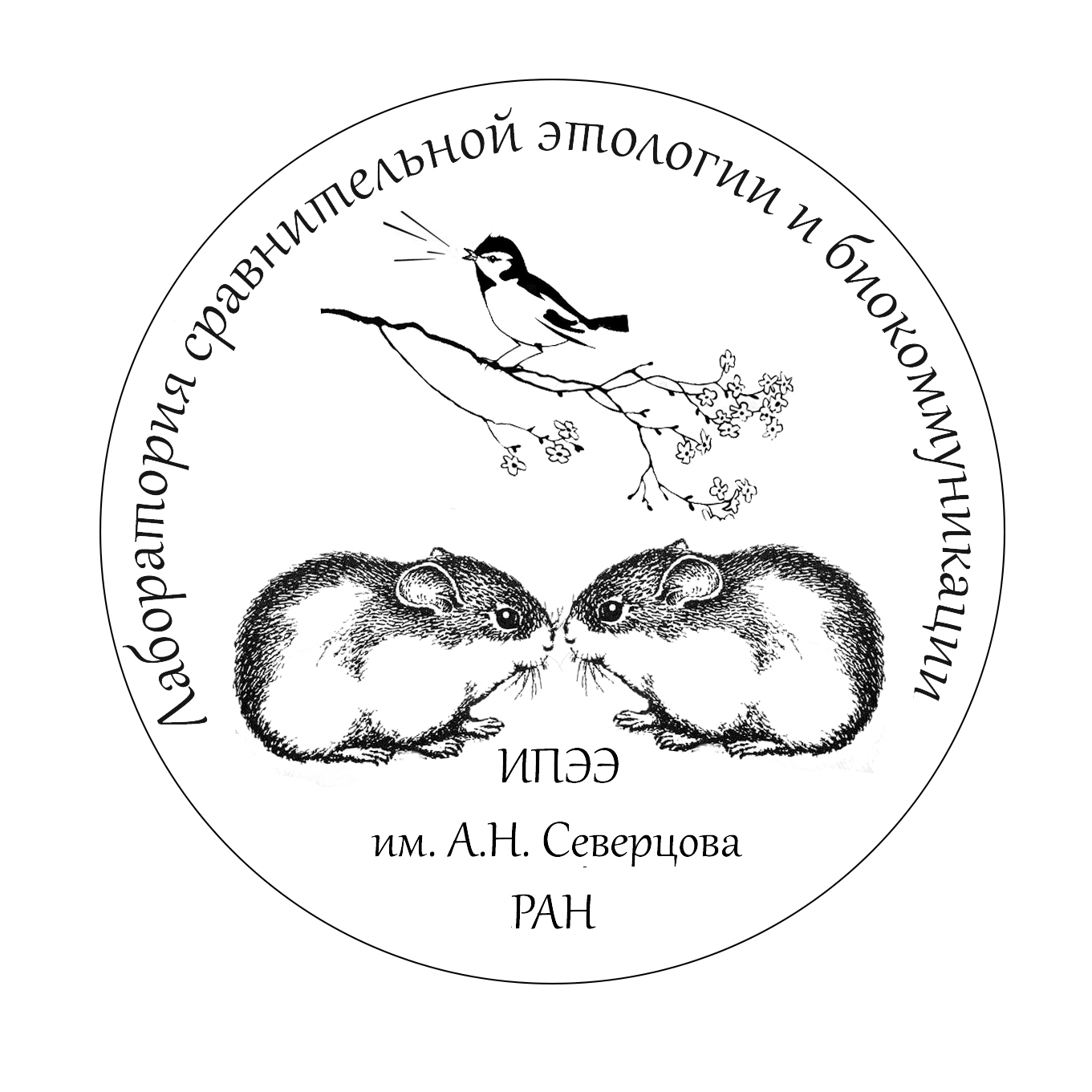 LABORATORY OF COMPARATIVE ETHOLOGY AND BIOCOMMUNICATION

The Laboratory of Comparative Ethology and Biocommunication was established in 1990 (headed by Professor-Doctor E.N. Panov) after splitting off from the Bioacoustics Lab. When the Institute was reorganized in 2007, the Chemical Communication and Chemoreception Group (headed by Doctor of Sciences E.P. Zinkevich) was incorporated into the Lab. From 2007 to the present the Lab has been led by Doctor of Sciences and Corresponding Member of the Academy of Sciences A.V. Surov. The basic research paradigm is that the evolution of signaling should not tend towards generation of discrete symbolic signals, which are less effective than complex signals (sensory images). Biocommunication based on the perception of such images, especially if they are formed from signals of several modalities, is more flexible and adaptive. Main research topics include: Mechanisms for the functioning of communicative signals (visual, acoustic, olfactory systems) and their role in reproductive isolation of related species; Divergent evolution according to ethological, genetic and physiological characteristics; Mechanisms for animal adaptations for adjusting to new anthropogenic-transformed ecosystems, including urban environments.

The main subjects of study are reptiles, birds, and mammals. An integrative approach encompasses a wide range of molecular-genetic, karyological, physiological and behavioural methods. Research is carried out in the laboratory, at biological stations and during expeditions in Russia as well as abroad (Mongolia, China, Kazakhstan, Vietnam, and other countries).