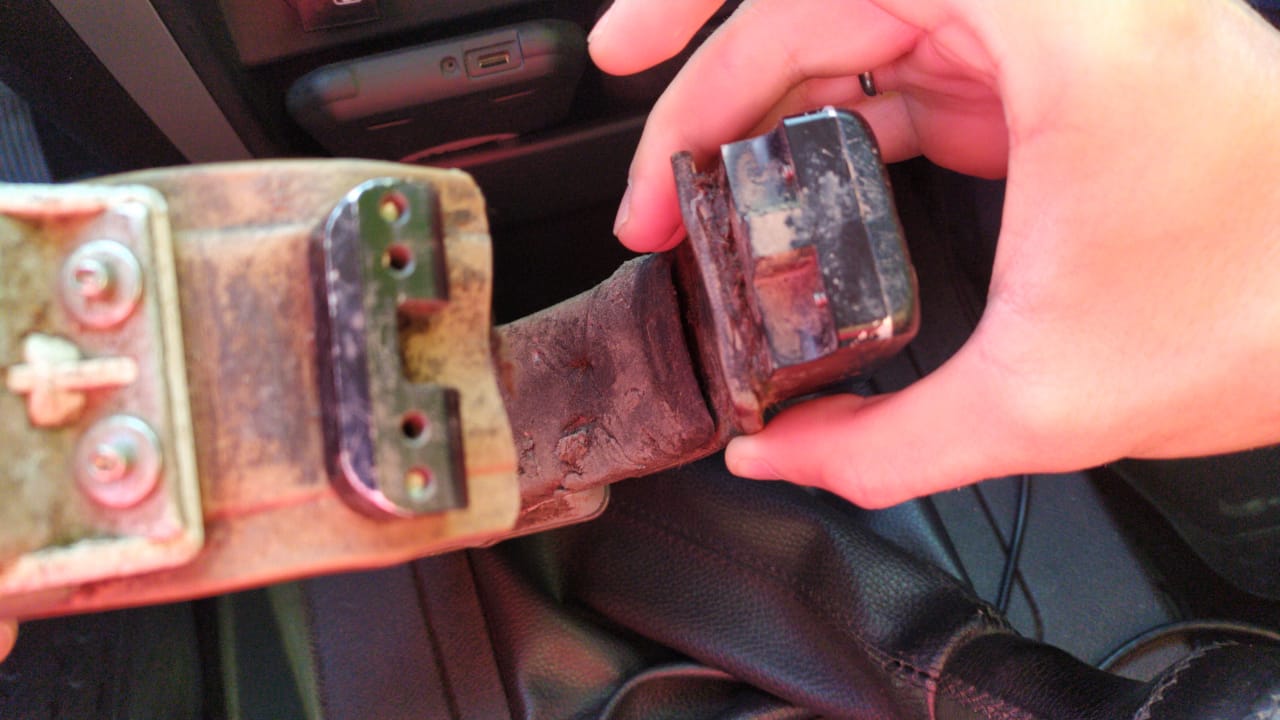 A satellite collar previously belonging to the female leopard Volna who got rid of two years after release has been found. The self-resetting system has operated on the device. The collar is suitable for future use. However, for a start, the data from two years of the leopard's life will be documented and decrypted.

Released animals are increasingly mastering the territory, and increasing the area of their habitat and hunting grounds. As such, in the Caucasian reserve, Laba has covered 138 km since the release, 56 km over the past month. However, she is very careful and since August 20 has never moved more than 6.5 km from the place where she was released. She has not claimed more territory than 25 square kilometers. 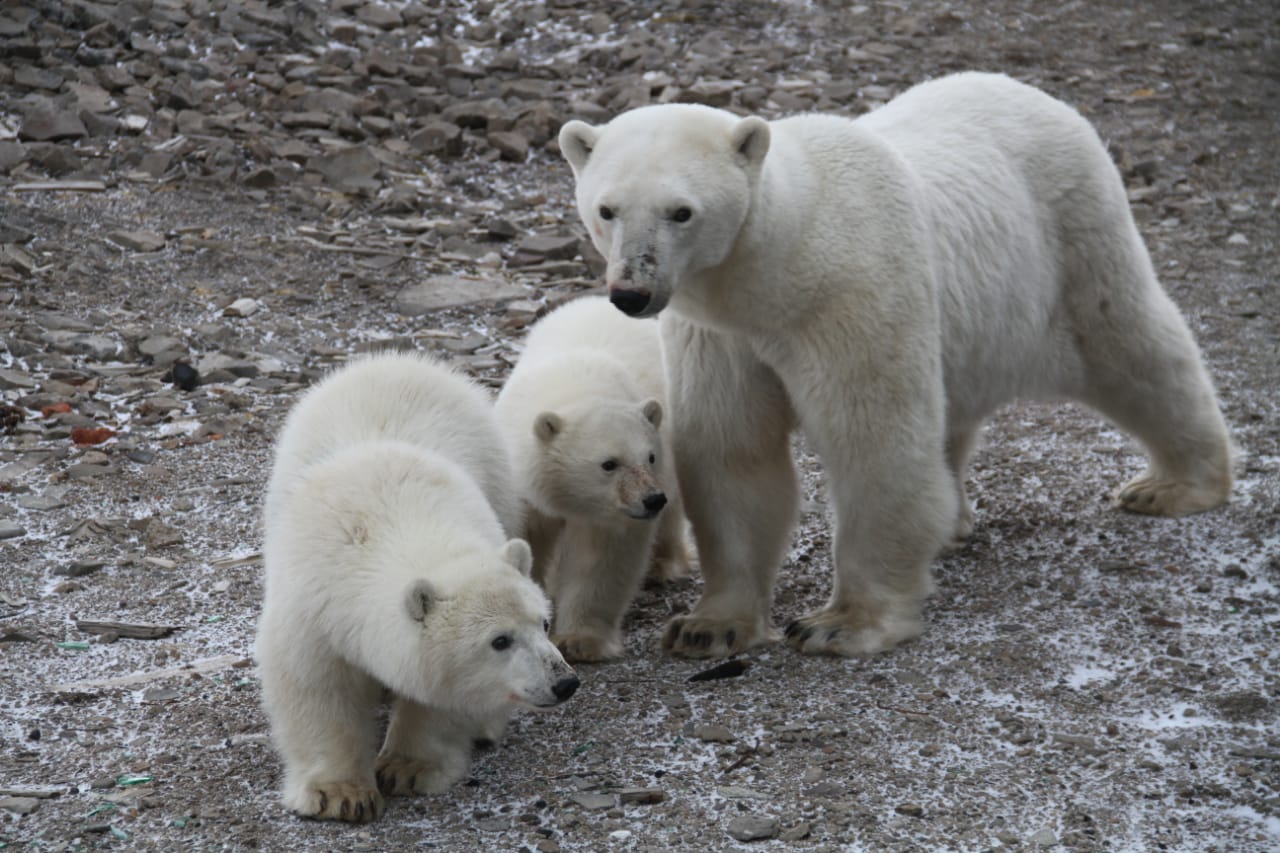 State inspectors of the Russian Arctic National Park Vadim Zakharyin, Vladimir Alsufiev and Oleg Valkov spoke about the unusual story of the Umka polar bear cub, which they witnessed.

BAIKAL SEAL - A UNIQUE ANIMAL, ENDEMIC OF BAIKAL AND INDICATOR OF THE WHOLE ECOSYSTEM OF THE LAKE 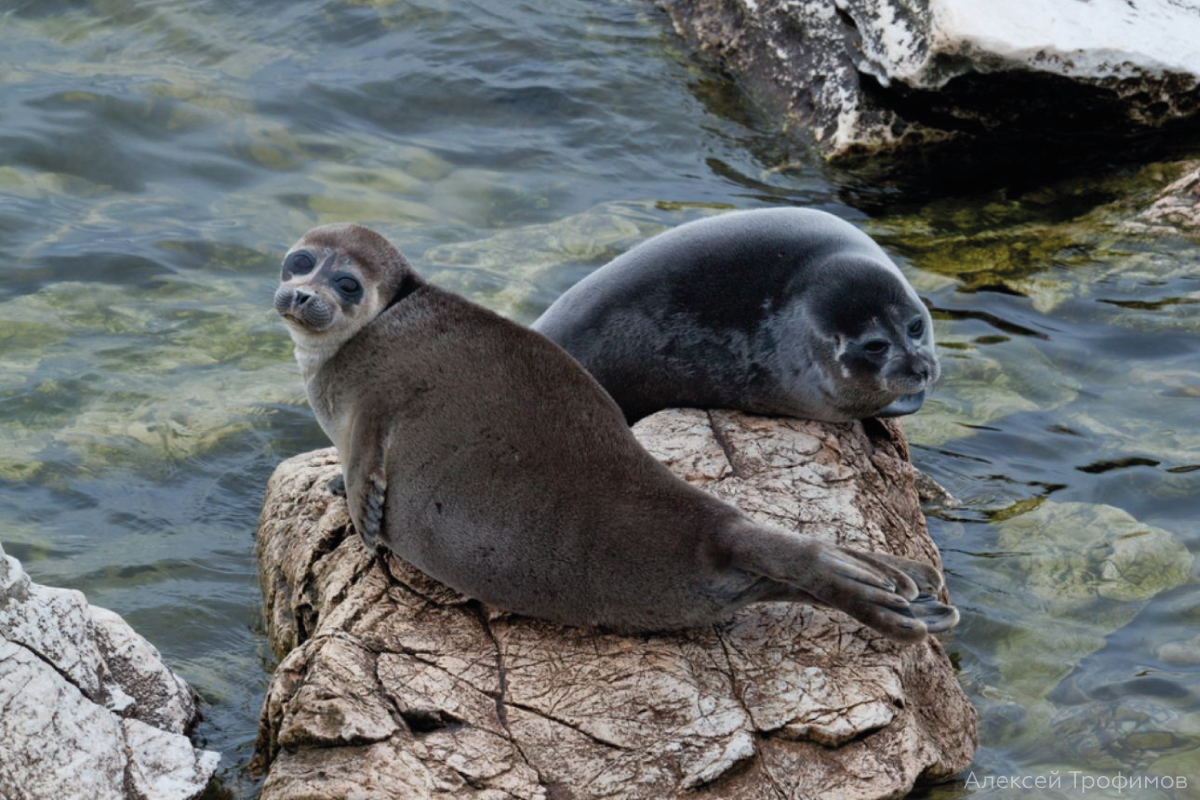 In the summer of last year, employees of the A.N. Severtsov Institute of Ecology and Evolution RAS took part in a ten-day expedition to study the Baikal seal, organized by the Lake Baikal Foundation. 15 wild seals were tagged with satellite transmitters to observe what areas of the lake are used by seals during different seasons and calculate their migration routes. 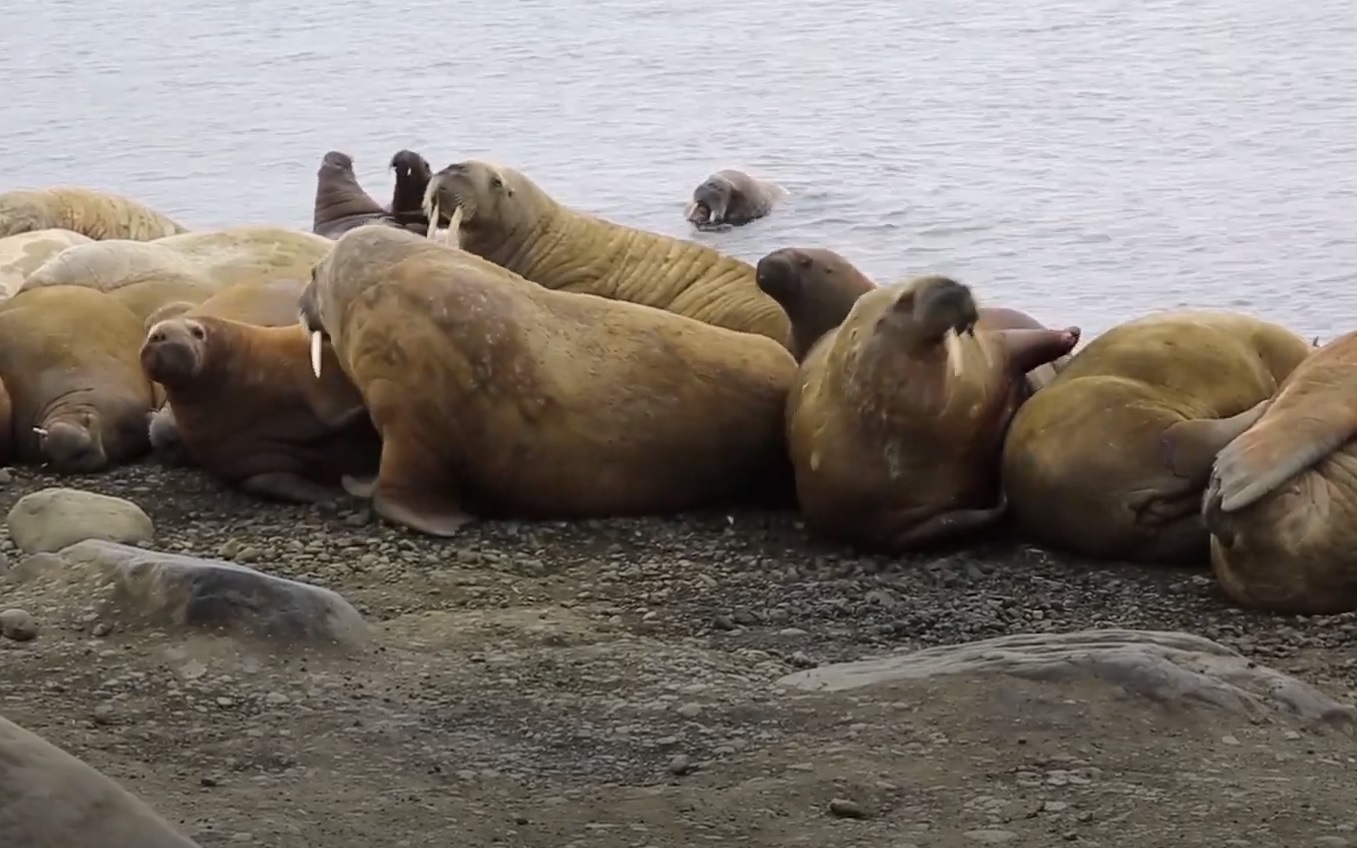 The expedition of the Arctic Scientific Center of the Rosneft Company together with the A.N. Severtsov Institute of Ecology and Evolution of the Russian Academy of Sciences and the Center for Marine Research of Moscow State University returned to Arkhangelsk. 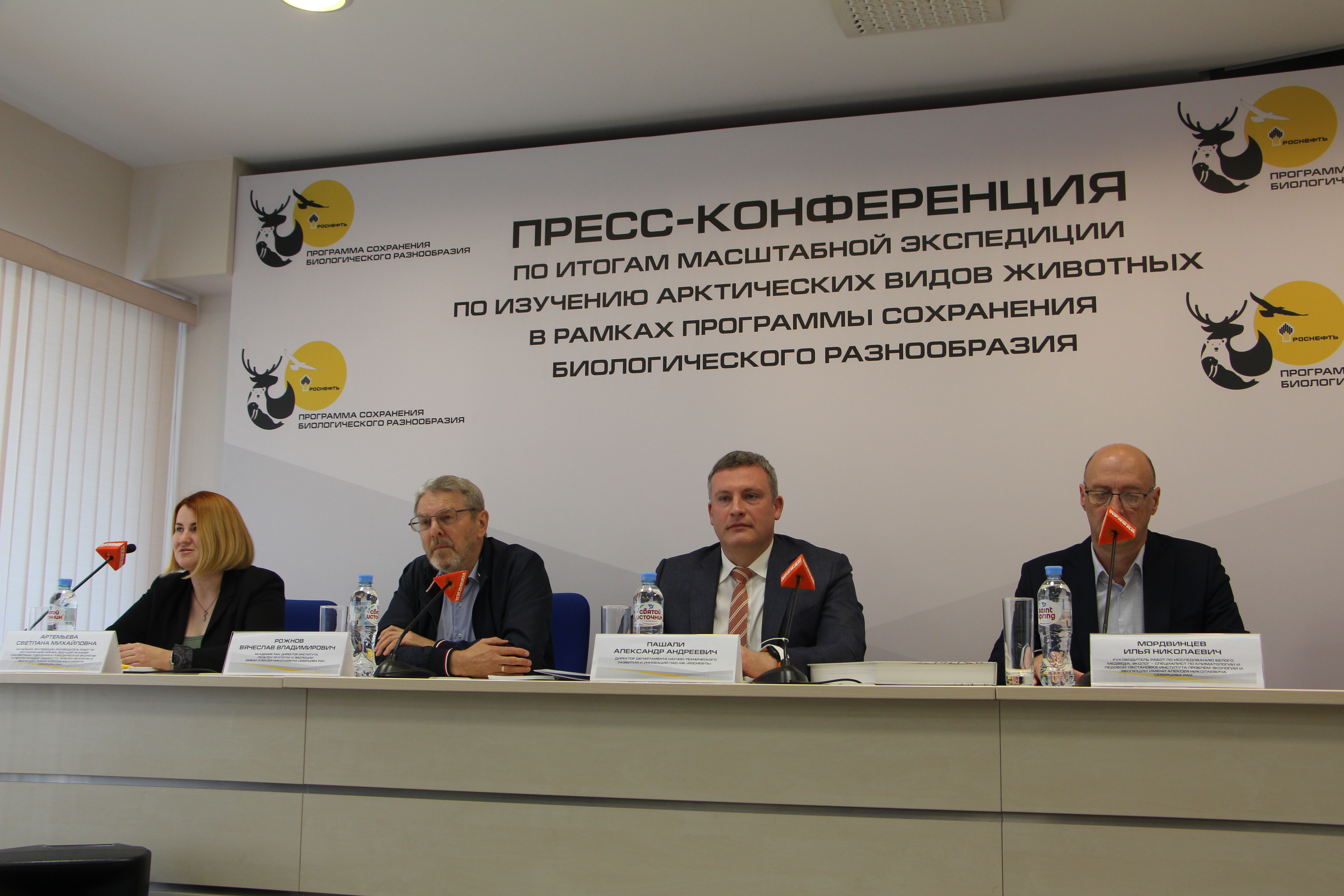 On September 24, a press conference dedicated to the largest expedition in the last decade to study Arctic animal species was held in Moscow. The expedition was organized by the specialists of the Arctic Scientific Center LLC together with the A.N. Severtsov IEE RAS and the Center for Marine Research of Lomonosov Moscow State University. The first stage of filming of the unique documentary "Edge Of The World" in the Russian Arctic National Park has been finished. The film depicts the work of Russian scientists in the Arctic and the long-term study of the Red Book polar bear in the protected archipelagos of Franz Josef Land and Novaya Zemlya. The documentary is being filmed on a grant from the Russian Geographical Society.

Leopards released in August are slowly settling into the nature of the Caucasus. So far, their collars have sent quite a lot of signals via satellite, some of which have already been checked on site by the field monitoring teams. 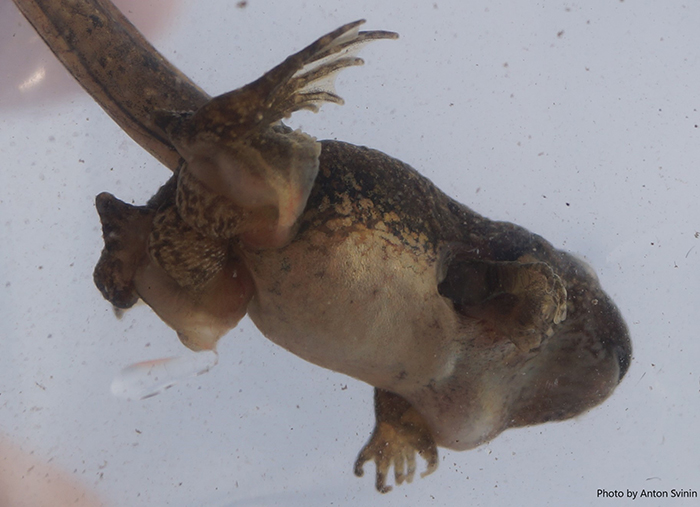 A group of researchers from IEE RAS, Mari and Penza State Universities, the Institute of Cytology of the Russian Academy of Sciences, the Privolzhskaya Forest-Steppe State Nature Reserve and the National Museum of Natural History in Paris discovered a new variant of limb deformation in amphibians under the influence of 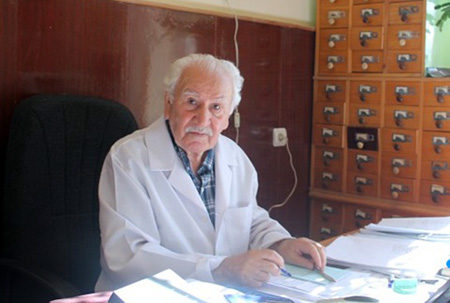 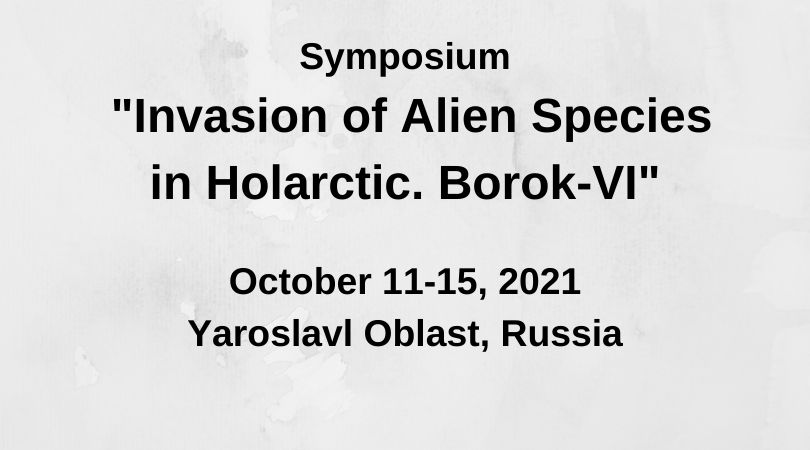 Sixth International Symposium, "Invasion of Alien Species in Holarctic. Borok-VI" , to be held on October 11-15, 2021 (depending on the number of participants the Symposium will be held either in Borok place, on the base of Papanin Institute for Biology…

Information on 2nd International Workshop on Rehabilitation and Reintroduction of Carnivores 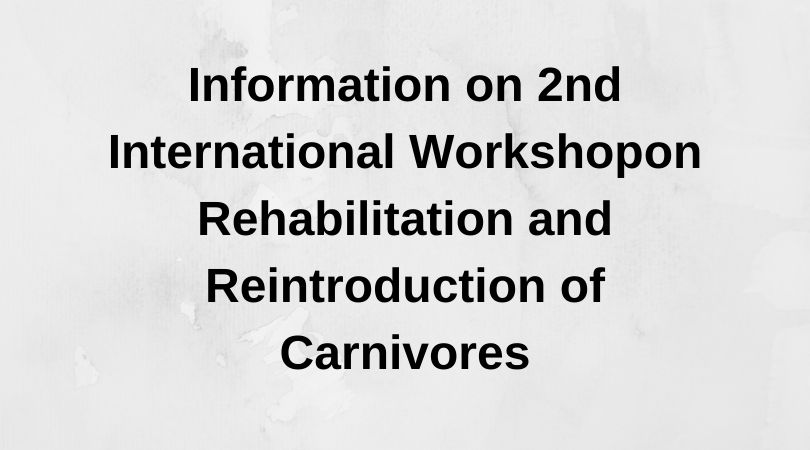 Unfortunately many countries are still strongly affected by the Corona virus; there are no regular flights and the possibility to gather… 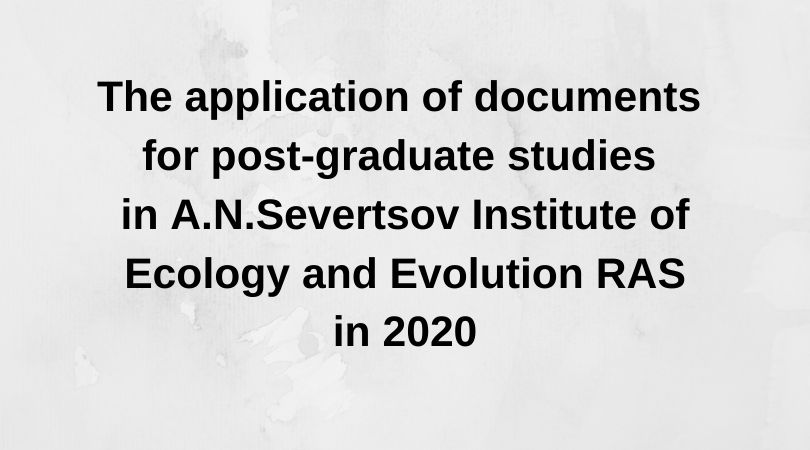 The application of documents for post-graduate studies in A.N.Severtsov Institute of Ecology and Evolution RAS in 2020 will take place from 1st to 25th of September. The entrance exams will be held from 1 to 23 October. The results of postgraduate enrollment will be declared from November 1,… 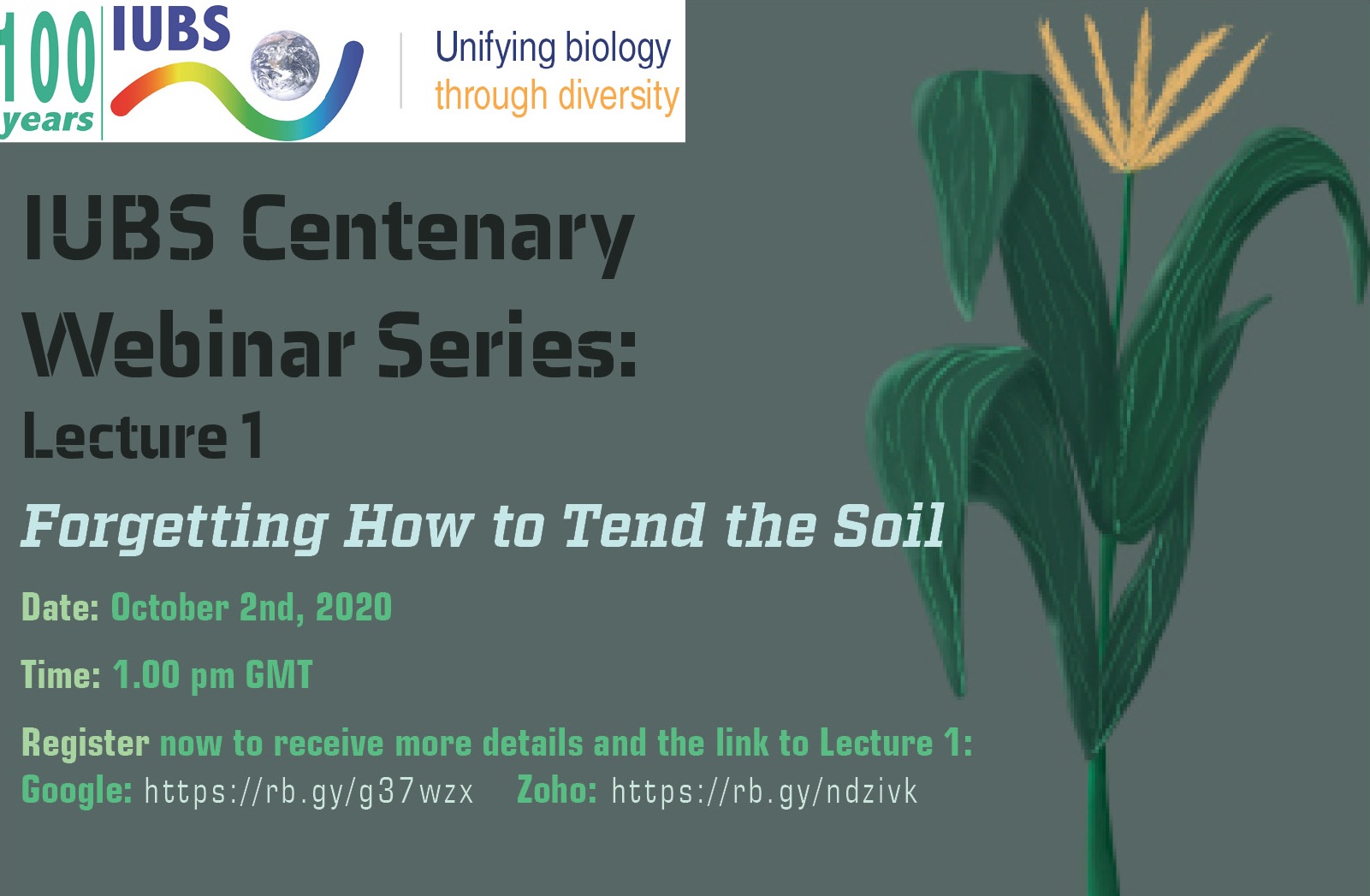 "Forgetting How to Tend the Soil”

We are pleased to invite you to register on the new website of the Theriological Society at the RAS.

We hope that the website of the Theriological Society will help unite colleagues,…